VIEW TO THE PAST | Cubism

In this post I collected some of my favorite pieces of Cubism and photos of cubist artists. Enjoy 🙂

Cubism is an early-20th-century avant-garde art movement that revolutionized European painting and sculpture, and inspired related movements in music, literature and architecture. Cubism has been considered the most influential art movement of the 20th century.

The term is broadly used in association with a wide variety of art produced in Paris (Montmartre, Montparnasse and Puteaux) during the 1910s and extending through the 1920s. 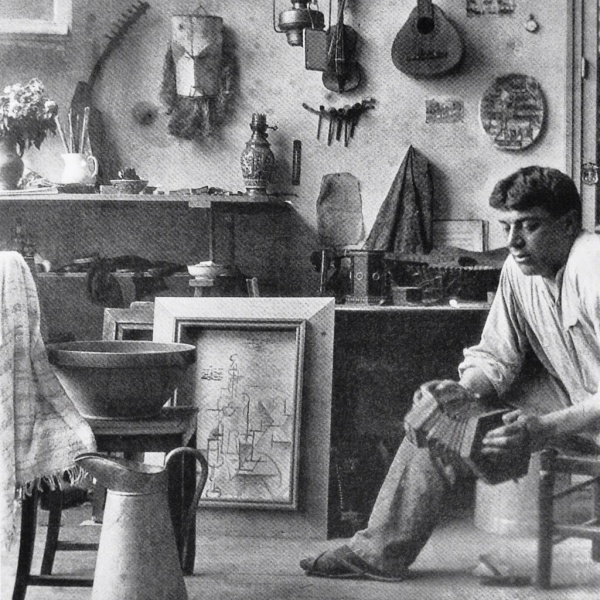 Georges Braque playing the bandoneon in his studio at the Hôtel Roma, Rue Caulaincourt, Paris 1911

Pablo Picasso in his atelier with note the guitar painting 1915 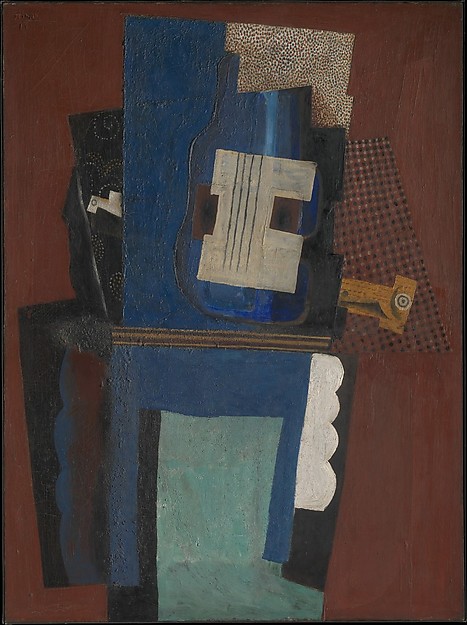 A primary influence that led to Cubism was the representation of three-dimensional form in the late works of Paul Cézanne. A retrospective of Cézanne’s paintings had been held at the Salon d’Automne of 1904, current works were displayed at the 1905 and 1906 Salon d’Automne, followed by two commemorative retrospectives after his death in 1907.

In Cubist artwork, objects are analyzed, broken up and reassembled in an abstracted form—instead of depicting objects from one viewpoint, the artist depicts the subject from a multitude of viewpoints to represent the subject in a greater context. 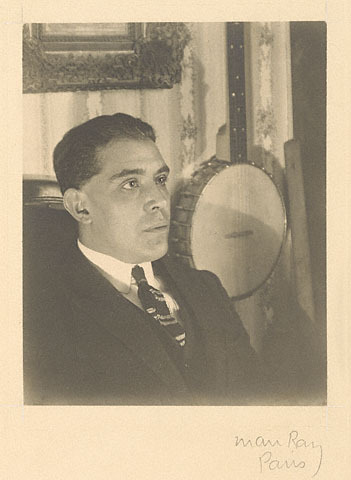 The impact of Cubism was far-reaching and wide-ranging. Cubism spread rapidly across the globe and in doing so evolved to greater or lesser extent. In essence, Cubism was the starting point of an evolutionary process that produced diversity; it was the antecedent of diverse art movements. 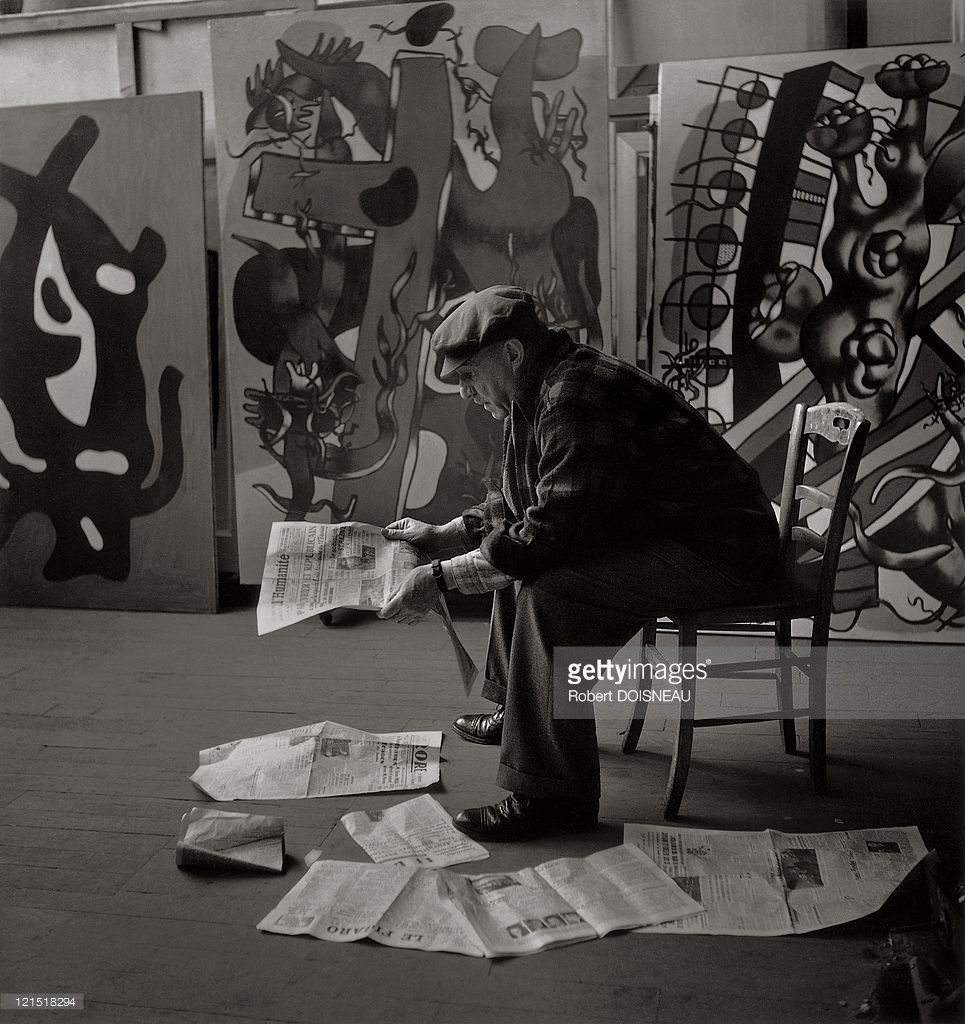 Fernand Léger in his studio at Montparnasse 1946 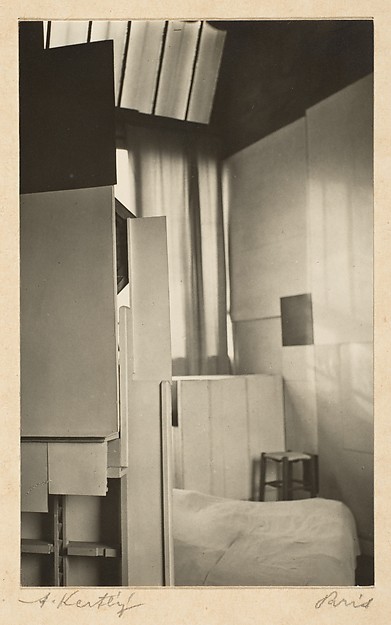 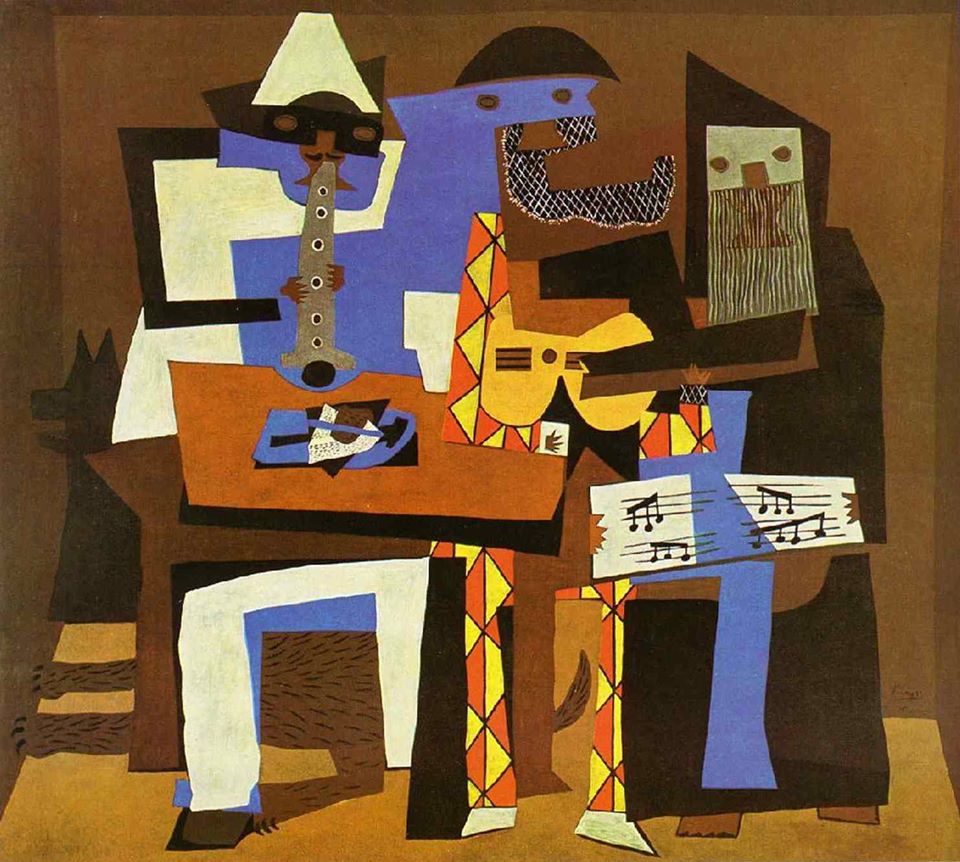 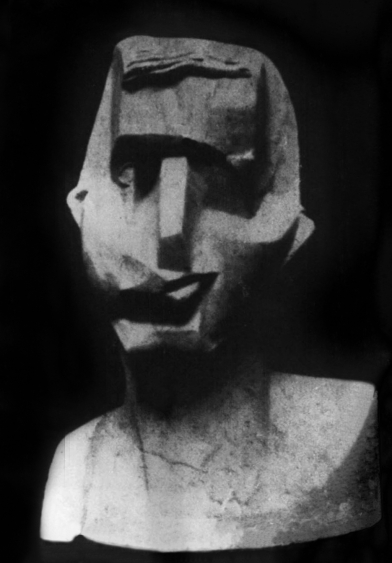 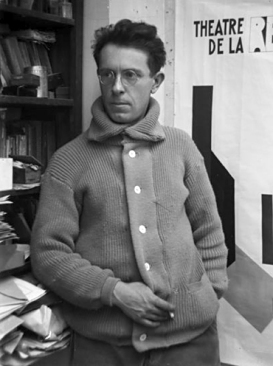 The Salon d’Automne of 1912, held in Paris at the Grand Palais from 1 October to 8 November.

The Mexican Diego Rivera arrived in Europe in 1907. He went to study with Eduardo Chicharro in Madrid, Spain, and from there went to Paris, France, to live and work with the great gathering of artists in Montparnasse, especially at La Ruche, where his friend Amedeo Modigliani painted his portrait in 1914. His circle of close friends, which included Ilya Ehrenburg, Chaim Soutine, Amedeo Modigliani and Modigliani’s wife Jeanne Hébuterne, Max Jacob, gallery owner Léopold Zborowski, and Moise Kisling, was captured for posterity by Marie Vorobieff-Stebelska (Marevna) in her painting “Homage to Friends from Montparnasse” (1962).

In those years, Paris was witnessing the beginning of Cubism in paintings by such eminent painters as Pablo Picasso, Georges Braqueand Juan Gris. From 1913 to 1917, Rivera enthusiastically embraced this new school of art. 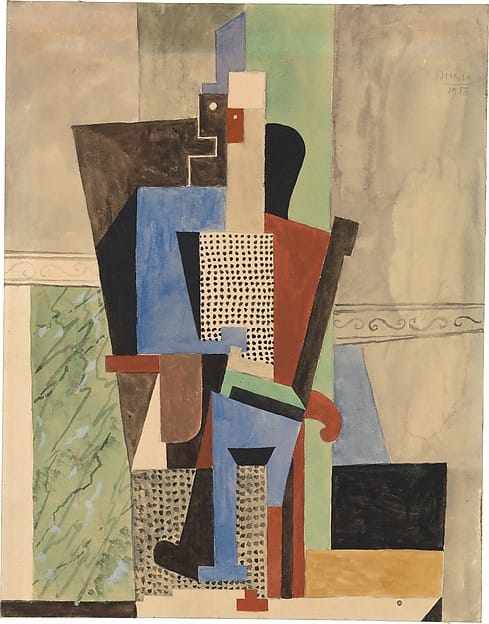