The new digital exhibition in the Atelier des Lumières immerses visitors in the paintings of Vincent van Gogh (1853–1890), a genius who was not recognised during his lifetime and who transformed painting. Projected on all the surface of the Atelier, this new visual and musical production retraces the intense life of the artist, who, during the last ten years of his life, painted more than 2,000 pictures, which are now in collections around the world.

The exhibition explores van Gogh’s numerous works, which radically evolved over the years, from The Potato Eaters (1885), Sunflowers (1888) and Starry Night (1889) to Bedroom at Arles (1889). 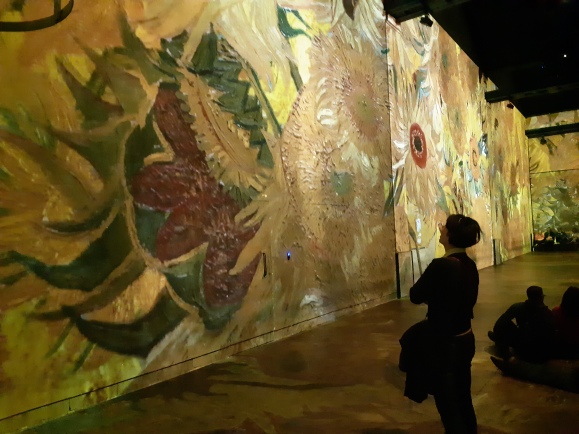 The Atelier des Lumières highlights the Dutch painter’s expressive and powerful brushstrokes and is illuminated by the bold colours of his unique paintings. Warm hues give way to sombre colours. The immersive exhibition evokes van Gogh’s highly emotional, chaotic, and poetic inner world and highlights the constant interplay of light and shade. 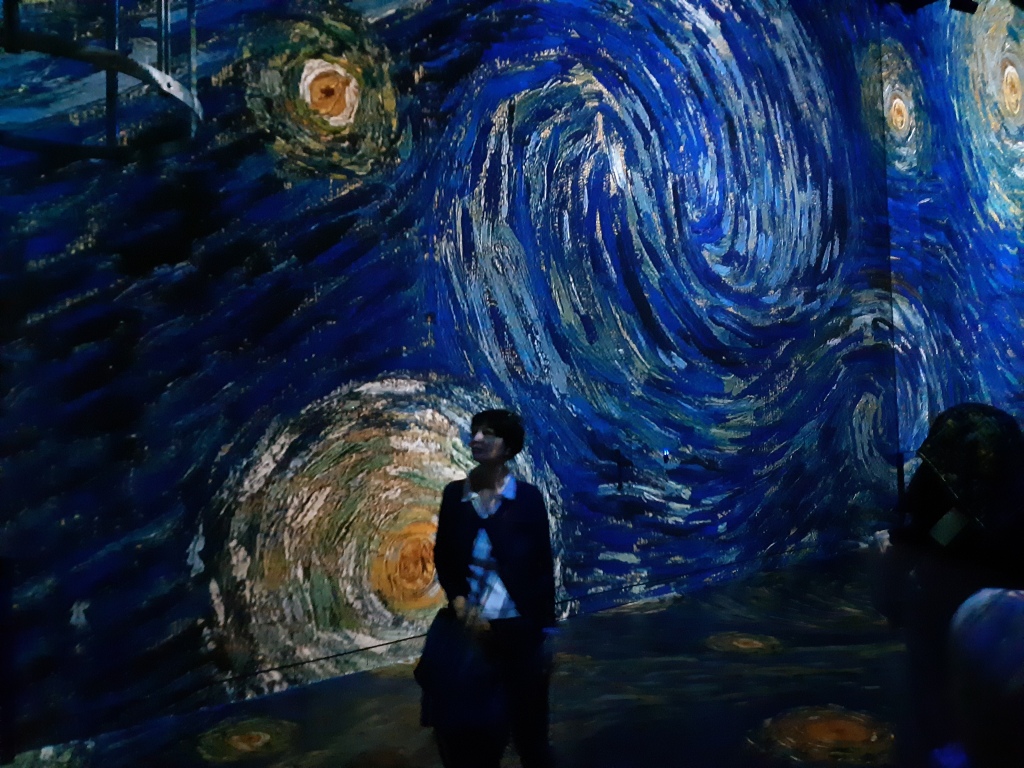 The thematic itinerary retraces stages of the artist’s life, and his sojourns in Neunen, Arles, Paris, Saint-Rémy-de-Provence, and Auvers-sur-Oise. Visitors are transported into the heart of his works, from his early to mature years, and from his sunny landscapes and nightscapes to his portraits and still lives. 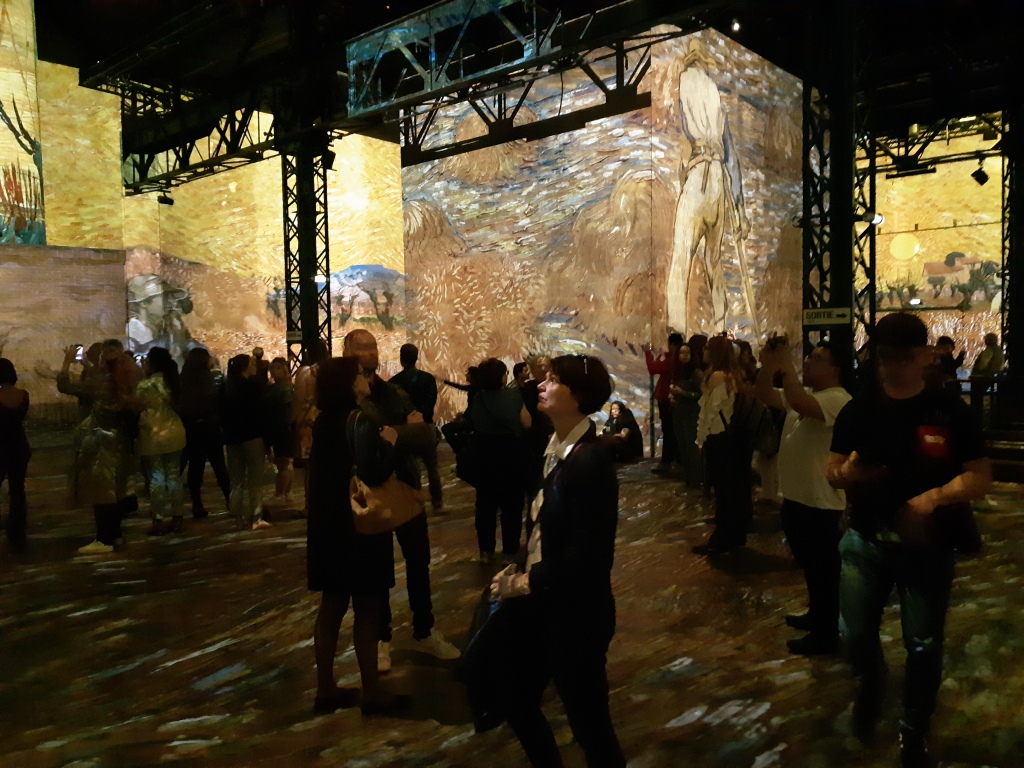 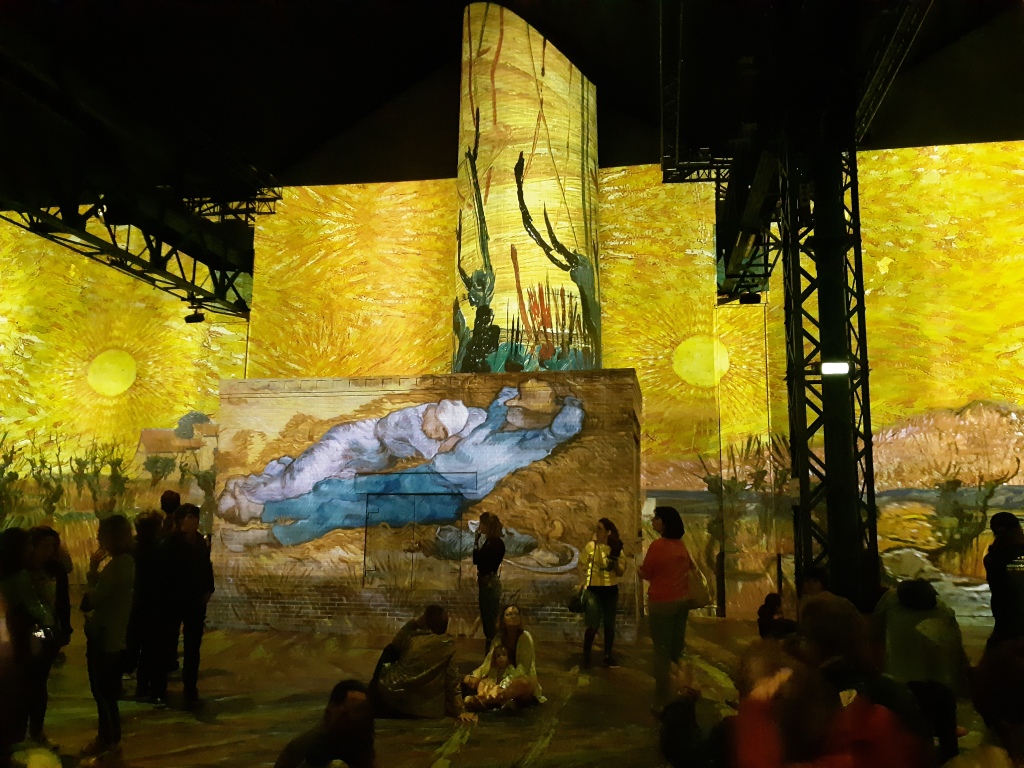 This is complemented by a new educational device inside the tank located in the centre of the Atelier: a selection of van Gogh’s famous paintings are represented in their entirety and accompanied by commentaries about his oeuvre and the museum in which it is exhibited. 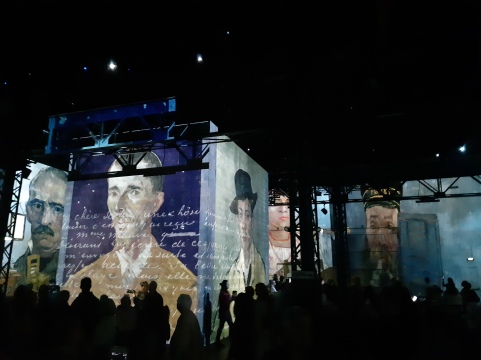 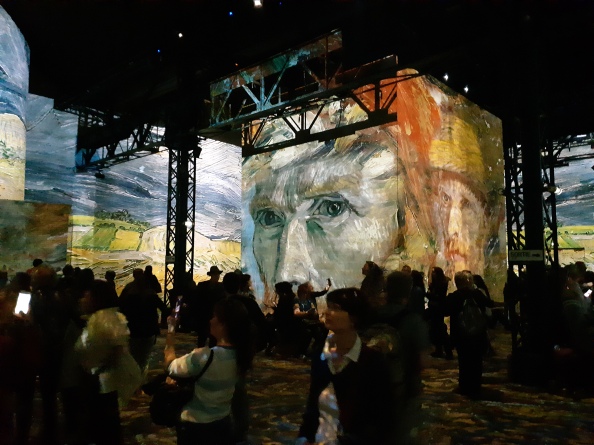 The visual and musical work produced by Culturespaces and directed by Gianfranco Iannuzzi, Renato Gatto, and Massimiliano Siccardi, highlights the chromatic richness of his palette, as well as the potency of his drawings and his use of impasto. (from Atelier des Lumiéres’ website) 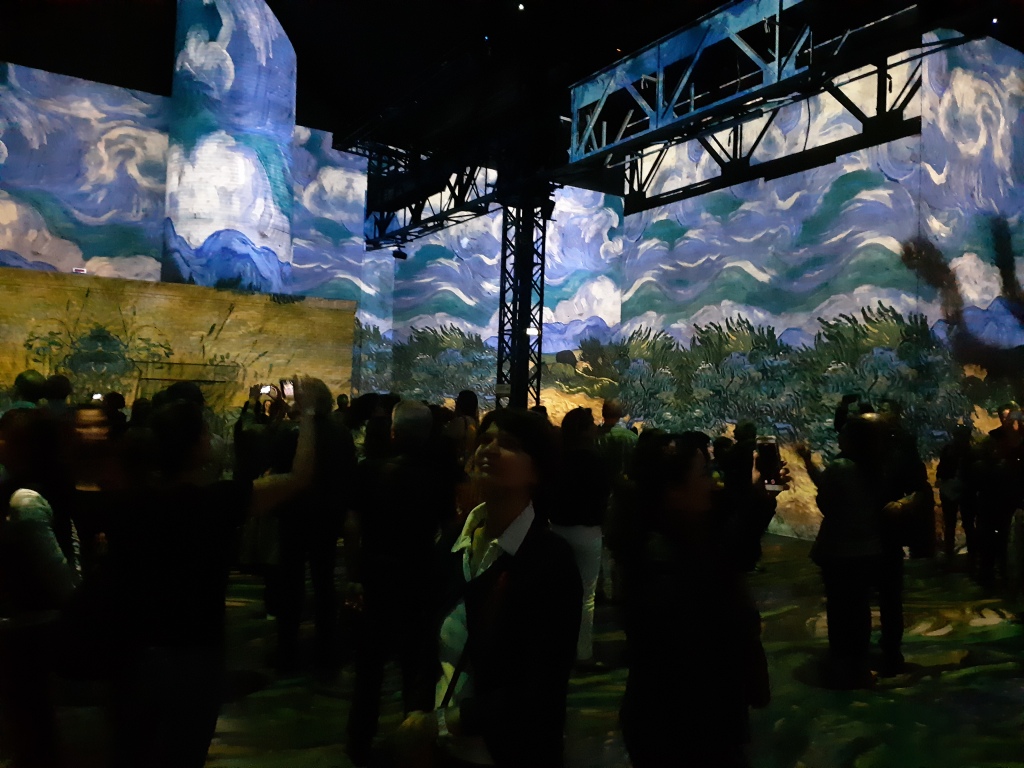 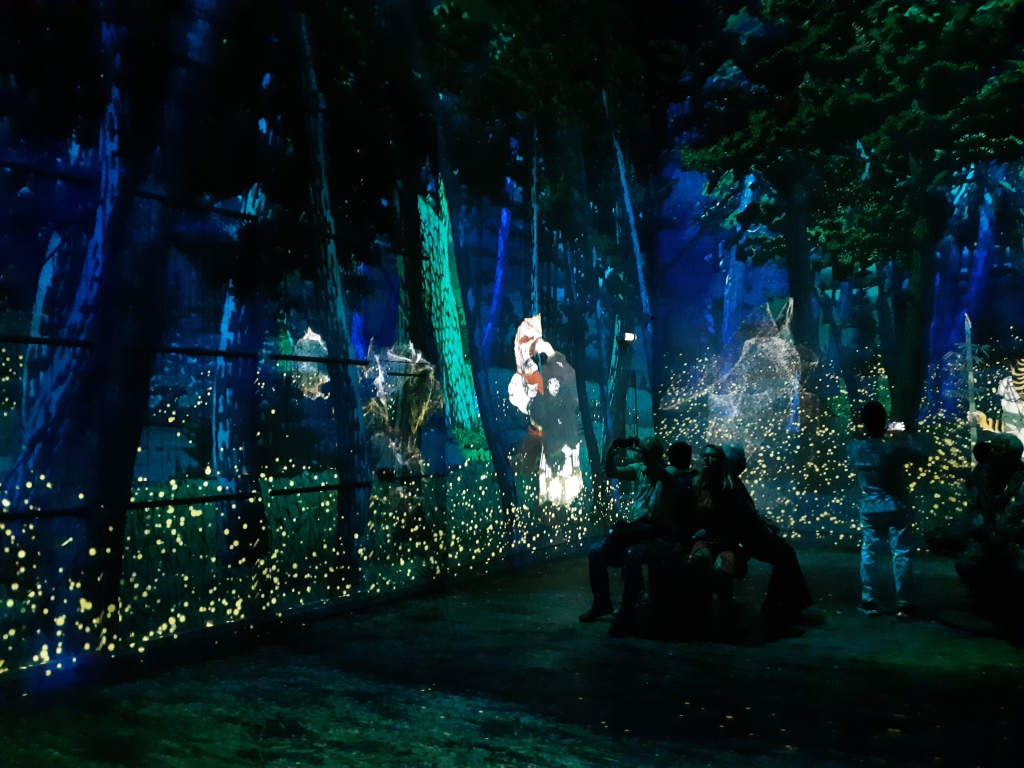 An immersive journey into Japanese art! 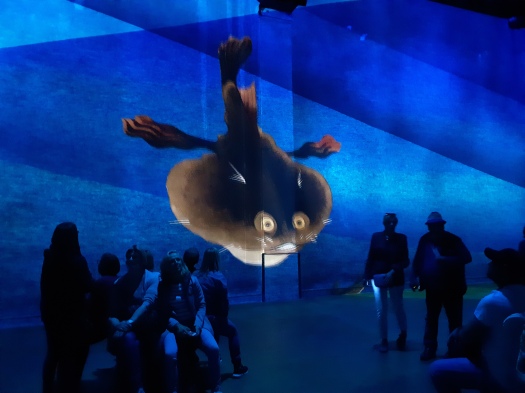 Between two screenings of ‘Van Gogh: Starry Night’, discover a short programme focusing on Japanese art.
‘Dreamed Japan, Images of the Floating World’ offers visitors a journey into the Japan of the collective imagination—the Japan of the geishas, samurai warriors, and spirits. This production was inspired by the Japanese prints that began to circulate in Europe in the second half of the nineteenth century, when trade opened up between the West and Japan.

The discovery of Japanese art had a profound effect on Western art: the painting of the Impressionists and the avant-garde artists, and also the decorative arts, music, and dance. Among them, van Gogh gave free reign to his interest in japonisme. In Paris, he studied and bought Japanese prints from the art dealer Siegfried Bing. The culture of the Land of the Rising Sun influenced the use of line and colour and composition in his works. In Provence, he told his brother Théo that ‘everything has become Japanese in the southern light’.

This production by the Danny Rose Studio, which highlights van Gogh’s fascination with Japan, is a contemplative and audio journey into the environment of the masters of Japanese prints. (See more here: Dreamed Japan) 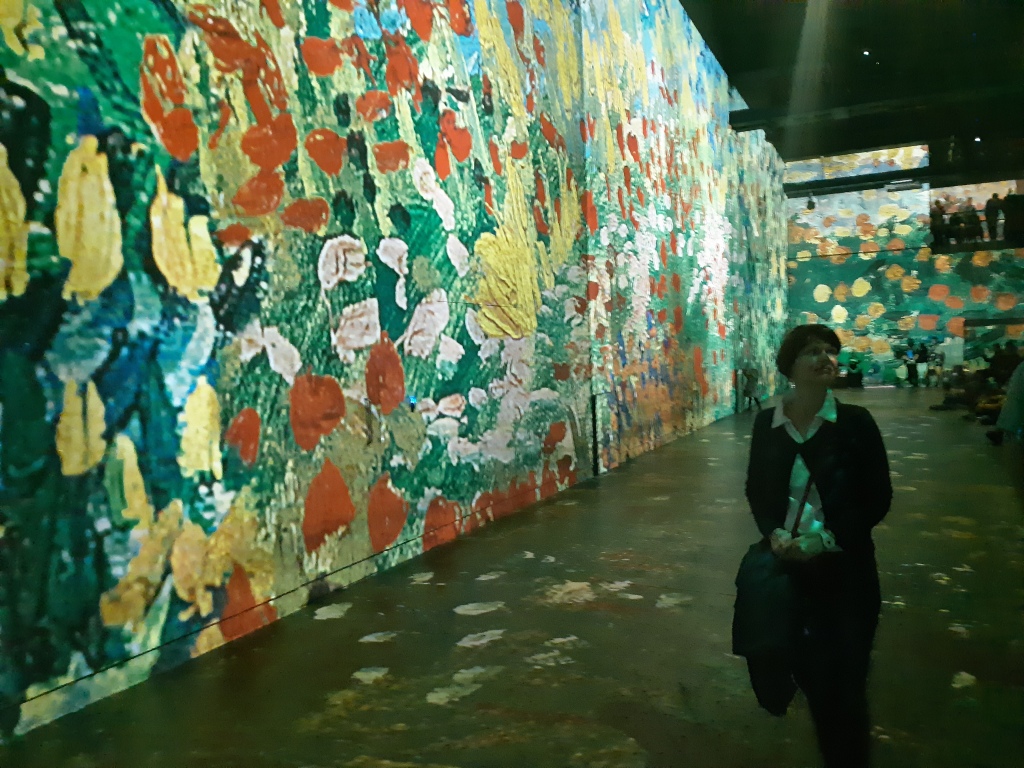 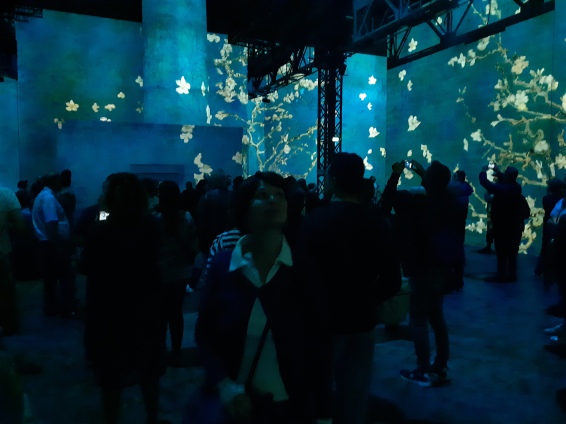 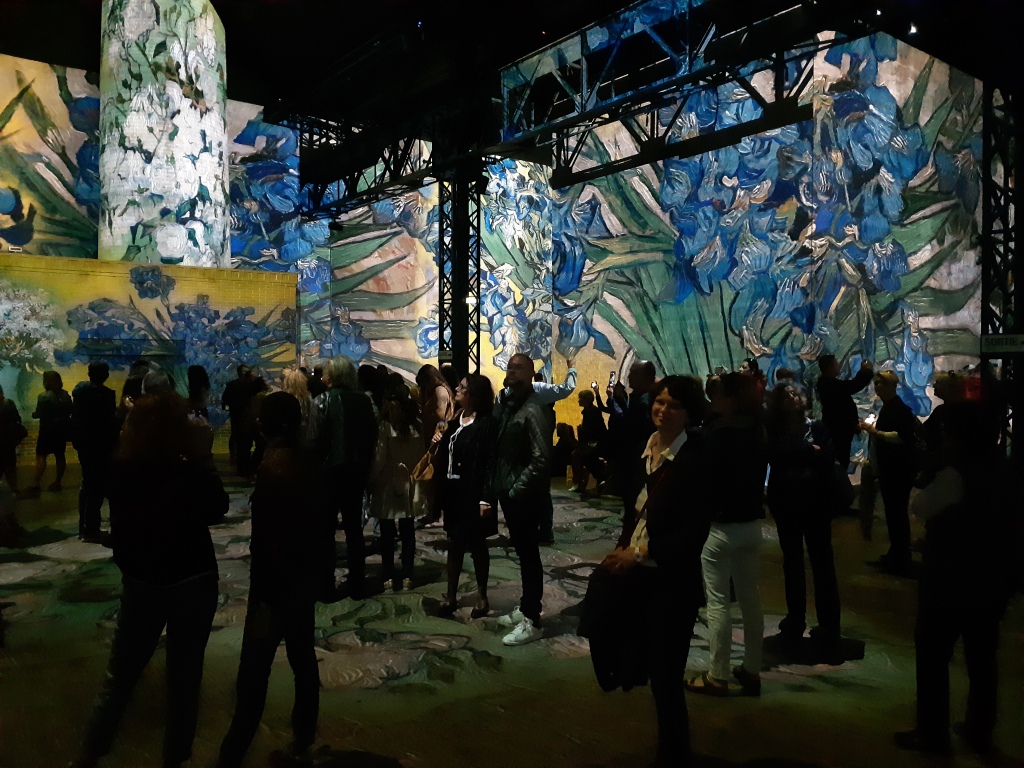